PBA, Dhaka :  Prime Minister Sheikh Hasina today placed a three-point proposal for boosting global cooperation for durable use of ocean and other aquatic sources, urging the world community to renew their commitments for ocean action. “For sustainable use of ocean and other aquatic sources, we need increased international cooperation, especially in securing technology and market access for our resources and products,” she told “Virtual Ocean Dialogues” being held in Swiss city of Geneva.
“Ocean action is critical to nourishing future generations. So, let’s join hands to renew our commitments for ocean action,” she also said in today’s session of the dialogue titled ‘Nourishing Billions’.
The premier in her first proposal called for assisting developing countries with critically required resources, capabilities and technologies for leveraging full potential of marine resources.
In the second proposal, she put emphasis on conducting joint research on fisheries development with a view to significantly increasing regional fish production and eliminating Illegal, unreported and unregulated fishing.
In the third proposal, Sheikh Hasina underscored mapping and management of resource identification and critical coastal habitat and biodiversity protection.
The five-day Ocean Dialogue which began on June is being hosted online by the World Economic Forum and Friends of Ocean Action. The theme of the event is ‘Connecting Communities for Ocean Resilience, Innovation and Action’.
Referring to the coronavirus (COVID-19) pandemic, Sheikh Hasina said the meeting is being held at a time when the entire world is battling the lethal virus. “This pandemic makes all rethink the linkage between the health of the ocean and the health of humankind as ocean offers a great source to combat illness,” she said.
Sheikh Hasina pointed out that ocean contributes to a wide range of goals of the Agenda 2030, from poverty eradication, food security and climate change to the provision of energy, employment creation and improved health.
In this connection, she stressed implementation of Goal 14 of Agenda 2030, saying it is more critical now than ever.
Noting that a healthy ocean is a vast source of food and nutrition, the prime minister said oceans can provide six times more food than it does today and help meet the nutrition supply.
Quoting the Global Nutrition Report 2020, she said almost a quarter of all children under-5 years of age are stunted. Placing emphasis on striking the critical balance for sustainability, Sheikh Hasina said there is already considerable pressure on land and oceanic ecosystems.
“The impact of climate change on fish stocks is also a serious concern. So, we have to strike the critical balance for sustainability,” she said. The prime minister elaborated Bangladesh’s magnificent success in ensuring food security for its nearly 165 million people.
“Improved nutrition and safe food production are our priority. Our National Nutrition Program-NNP aims to improve the nutritional status of all citizens, especially of adolescent girls, pregnant women and lactating mothers,” she said.
Sheikh Hasina said proportion of under-5 moderately or severely stunted children has reduced to a great extent thanks to her government’s efforts.
Saying that Bangladesh is the fourth largest inland water fish producer globally, she said fish accounts for more than half of the country’s animal-source protein.
“As many as 17 million people, including 1.4 million women in Bangladesh, depend on the fisheries sector for livelihood. Fish production has increased over the years considerably, and our efforts continue to increase fish production,” she said. The prime minister said her government is prioritizing marine fisheries as part of its “Blue Economy” initiative. “Yet, due to urbanization, inland water bodies are shrinking. So, we are prioritizing marine fisheries as part of our Blue Economy initiative,” she said. Pointing out the 2017 Ocean Conference, Sheikh Hasina said: We’ve made some voluntary commitments and taken legislative measures to protect, and conserve the fishery resources and the environment from all types of pollution, including plastic debris.”
Agnes Matilda Kalibata, President, Alliance for a Green Revolution in Africa (AGRA), David Nabarro, Director, 4SD and Shakuntala Thilsted, Research Programme Leader, Value Chains and Nutrition, WorldFish also addressed the same session.
Canadian Prime Minister Justine Trudeau also delivered a pre-recoded address in another session titled “The High Seas: Operating within the Global Commons.” Prime Minister of Norway Erna Solberg will deliver video message tomorrow in a session titled “Sustainable Ocean Economy”.
The five-day event commenced with a video message of Fiji Prime Minister Josaia Voreqe Bainimarama on June 1. Other participants of the Ocean Dialogues include Queen Noor of Kingdom of Jordan.
PBA/Shatabdi Alam 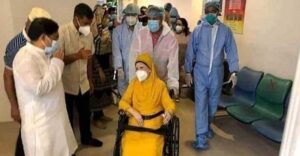 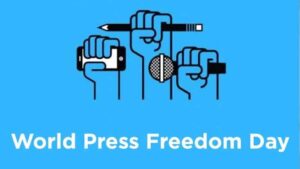 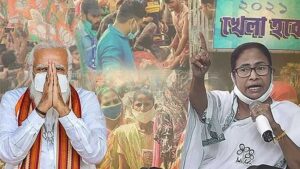 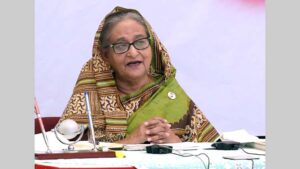