PBA DESK : President Donald Trump warned Turkey on Sunday of economic devastation if it attacks Kurdish forces in the wake of the US troop pullout from Syria, while also urging the Kurds not to “provoke”
Ankara.

Trump took to Twitter to reveal some of his latest thoughts in the slow
drip-drip of information being released by his administration after his
shocking December announcement of the troop withdrawal.

His top diplomat Mike Pompeo is on a whirlwind regional tour aimed at
reassuring allies amid rising tensions between the US and Turkey over the
fate of Washington’s Syrian Kurdish allies in the fight against the Islamic
State group.

Pompeo also sought to reassure Washington’s Kurdish allies in the fight
against IS, who fear the departure of American troops would allow Turkey to
attack them.

Turkey had reacted angrily to suggestions that Trump’s plan to withdraw
troops was conditional on the safety of the US-backed Kurdish fighters, seen
by the Turkish government as terrorists.

“Will devastate Turkey economically if they hit Kurds,” Trump tweeted,
while pushing for the creation of a 20-mile (30-kilometer) “safe zone.”

“Likewise, do not want the Kurds to provoke Turkey.”

Trump did not detail who would create, enforce or pay for the safe zone, or
where it would be located.

US-led operations against IS in Syria have been spearheaded on the ground
by the Kurdish-dominated Syrian Democratic Forces (SDF).

Ankara sees the backbone of that alliance, the Kurdish People’s Protection
Units (YPG), as a terrorist group linked to the Kurdistan Worker’s Party
(PKK) which has fought a decades-long insurgency against the Turkish state.

On Saturday, more than 600 people were evacuated from the remaining IS
holdout in eastern Syria, a monitor said, as US-backed fighters prepare for a
final assault on the area.

“Starting the long overdue pullout from Syria while hitting the little
remaining ISIS territorial caliphate hard, and from many directions. Will
attack again from existing nearby base if it reforms,” Trump said.

“Russia, Iran and Syria have been the biggest beneficiaries of the long
term US policy of destroying ISIS in Syria – natural enemies. We also benefit
but it is now time to bring our troops back home. Stop the ENDLESS WARS!”

Abdel Rahman said some 16,000 people, including 760 IS fighters, have fled
the area since the start of December, though this marked the first time the
SDF and the coalition provided buses, suggesting a deal struck between the
warring sides.

The United Nations said Friday that overall some 25,000 people have fled
the violence over the last six months as the die-hard jihadists have battled
to defend their dwindling bastions. An estimated 2,000 civilians remain
trapped in the area around the town of Hajin, the United Nations said.

The US-led coalition on Saturday fired over 20 missiles against jihadist
positions, the Observatory said.

The monitor said some 300 SDF combatants had deployed near the village of
Sousa in preparations for a final assault. 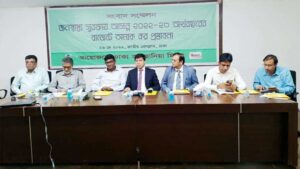 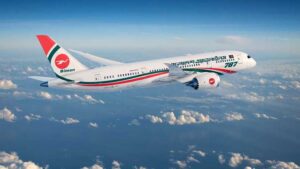 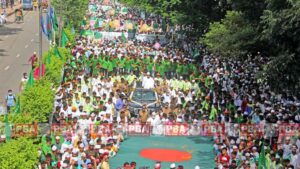